Teachbytes
Home News Alabama church known for role in voting rights movement is on the... 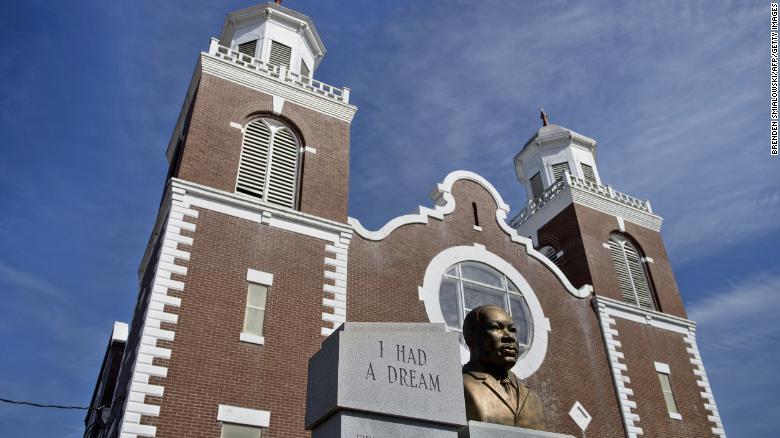 A Selma, Alabama, church with historic ties to the 1960s voting rights movement has landed on the 2022 Most Endangered Places list — because of termites.

Brown Chapel African Methodist Episcopal Church has been forced to close to its congregation and the public “for the foreseeable future” due to termite damage, says the National Trust for Historic Preservation.

“This National Historic Landmark and internationally known civil rights site of pilgrimage (is) unable to serve as a community resource, welcome guests, or host national events,” the trust wrote.

The church needs “significant” money for repairs, the trust says.

Brown Chapel “typically hosts thousands of visitors per year in addition to offering weekly worship services and outreach programs such as community food distribution and COVID-19 support,” the trust says.

The church was admitted into the AME organization in 1867, its website says. The first frame structure was erected on the present site in 1869 and re-erected in 1908.

“During the 1960s the church became known throughout the world for its role in the Voting Rights Movement, that brought about the ‘Bloody Sunday’ confrontation with state and local law enforcement, and the subsequent march from the church to the state Capitol in Montgomery,” says the church on its website. “It is the only building remaining of the work of A.J. Farley, an early 20th Century, Black builder from Dallas County.”

Another site included on the Most Endangered Places list is the Minidoka National Historic Site in Jerome, Idaho. In 1942, the US government forcibly moved 13,000 Japanese Americans from Alaska, Washington, Oregon, and California to what was known as Minidoka War Relocation Camp in rural south-central Idaho. They lived in harsh and cramped conditions, surrounded by barbed wire and guarded by military police, the trust says.

The Deborah Chapel in Hartford, Connecticut, also made the list. Historians cite the chapel as a rare and early American “example of an intact Jewish funerary structure” that “represents the strong leadership of women within 19th-century Jewish religious and communal organizations,” says the trust. It was built in 1886.

Multiple people were wounded in an overnight shooting in Dallas