Teachbytes
Home News A ‘prolific wind-damage event’ is expected to unfold across parts of the... 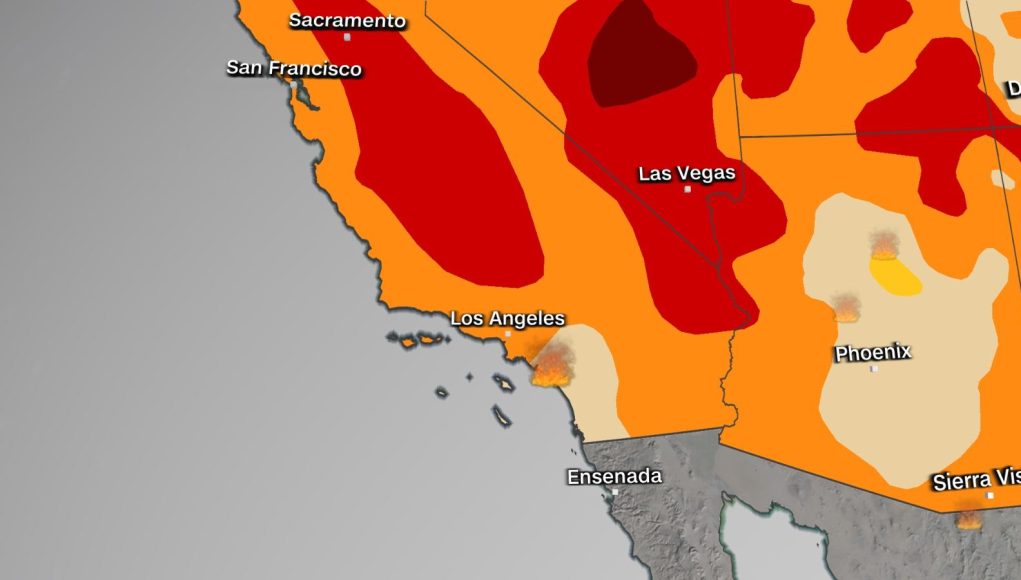 Powerful storm conditions rolled through parts of the Midwest and the eastern Plains Thursday evening as meteorologists warned of an approaching “prolific” wind event.

A severe thunderstorm watch was issued for parts of the Midwest until 10 p.m. CT Thursday, according to the Storm Prediction Center. The watch was labeled as a “Particularly Dangerous Situation,” or “PDS” watch — a ranking that makes up less than 3% of watches and is reserved for high-end events.

“A prolific wind-damage event is expected unfold from northeast Nebraska into southeast South Dakota and northwest Iowa/southwest Minnesota,” the SPC said, adding that widespread damaging winds and gusts of up to 105 mph were possible, along with hail up to 2 inches wide and a few tornadoes.

Across the region, more than 20 million people were under some kind of severe weather threat Thursday evening and into the night.

In Sioux Falls, the service said it had received reports of “structural damage and trees down” as a result of the winds.

The weather service tweeted a photo warning of low visibility on the road as a result of the powerful winds mixing with dust in parts of Nebraska. “Wait it out if you travel,” the agency urged.

A tornado watch was issued for western and central Minnesota and southeastern North Dakota until midnight local time, according to the SPC. Strong wind gusts and “very large hail” were also likely, the center said.

Some of the larger cities that need to be keenly aware of the severe weather potential include Minneapolis/St. Paul in Minnesota, Omaha in Nebraska, Sioux City in Iowa, and to a lesser extent Des Moines, Iowa. Even though all hazards are on the table, including tornadoes, the greatest risk appears to be damaging straight-line winds and large hail.

The storms are fueled by hot temperatures

The latest storms come on the heels of a severe weather outbreak Wednesday and another round of storms that brought more than 130 reports of hail, wind and tornadoes to the same region on Monday.

These storms are fueled by temperatures in the region that are more commonly seen in mid-July.

Throughout Thursday, temperature records were broken from the Gulf Coast to the Great Lakes, with states including Kentucky, Missouri and Wisconsin all recording temperatures in the 90s in some areas.

The combination of heat and humidity helped pave the way for the storms.

“Warm and humid air from the Gulf of Mexico has surged northward through the Plains and into the Upper Midwest,” pushing those temperatures into the 90s, meteorologist Taylor Ward said.

“The warm and juicy airmass is providing ample energy to fuel severe storms with wind gusts over hurricane-force, baseball-sized hail and even tornadoes,” Ward added.

According to the SPC, May is statistically, the peak of the US tornado season with the most tornadoes reported of any month. Peak activity across the upper Midwest can extend into late May and even June as the jet stream typically pulls northward later in the spring.

Regardless of statistics and monthly averages, the SPC is able to identify areas that are at greatest risk of severe weather.

Just like the forecast for Thursday, conditions are favorable for severe weather development — but this does not necessarily mean you will experience damaging winds, large hail or tornadoes.

However, it’s best to have a plan in place for you and your family should strong storms threaten. This includes having multiple ways to receive severe weather warnings, such as text messages or a NOAA Weather Radio.

CDC mask mandate for planes, trains no longer in effect after...

Parents of Tyre Sampson, who died at a Florida amusement park,...

San Antonio is sounding the alarm as Title 42 is set...