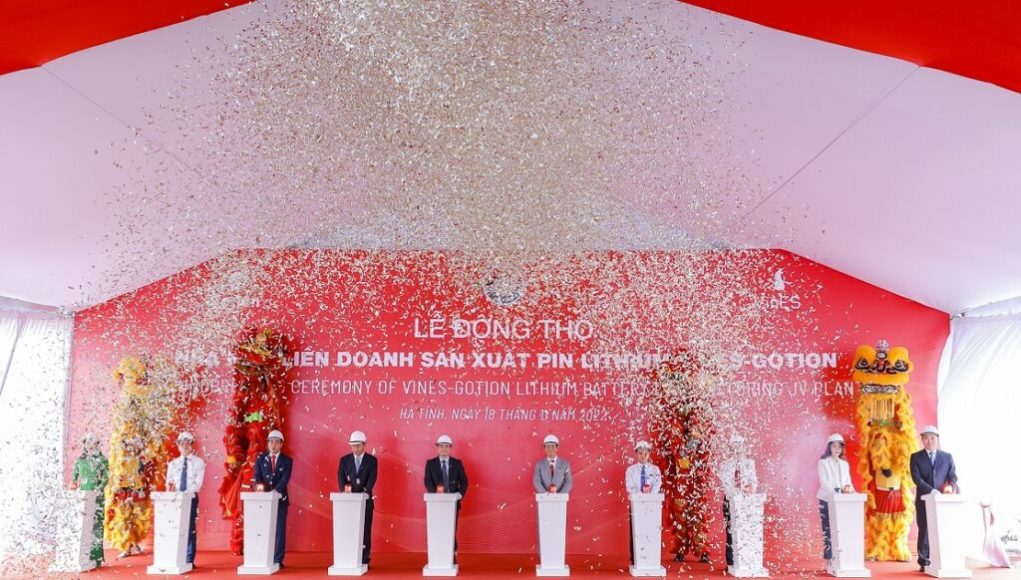 Gotion Inc, a subsidiary of Chinese lithium battery designer and manufacturer Gotion High-Tech has partnered with Vietnamese battery cell and pack maker and battery-as-a-service company VinES in its efforts.

Requiring around US$275 million investment, the 14-hectare production facility will have an annual production output of 5GWh, equivalent to about 30 million battery cells.

The two companies are funding their joint venture (JV) factory, which they claimed will have a high level of automation, and optimised production processes.

Cells produced at the factory will be used for both EVs produced by VinFast, another subsidiary of VinES’ parent company, VinGroup. They will also be used in VinES ESS products.

It will be sited adjacent to VinES’ existing battery pack production facilities, which Pham Thuy Linh said will “complete the closed loop production” of LFP batteries in the country, improving localisation for VinGroup’s EV production and optimising overall production efficiency.

Meanwhile Gotion High-Tech chairman Li Zhen said the factory, the first of its kind in Vietnam, is “an integral part” of Gotion’s global strategy.

Gotion has been one of the few new recent additions to a list of battery makers classified as Tier 1 that includes the likes of CATL, LG and Samsung SDI.

In September, solar and storage EPC and O&M provider Borrego selected Gotion High-Tech as a supplier of DC-block battery storage equipment for projects in the US, with deliveries scheduled to begin next year.

Meanwhile, in Vietnam, the market for battery energy storage systems (BESS) has yet to take off. However, in the past couple of years, government incentive programmes drove the development of more than 12GW of commercial rooftop solar PV projects, leading many to recognise the need for energy storage to help integrate that renewable generation to the grid.

Energy markets for the wider Southeast Asia and Asia-Pacific region are also beginning to adopt battery storage with notable large-scale projects in the Philippines, Thailand and of course Australia among those covered by this site in recent months.

Gotion-VinES’ factory will go into mass production in Q3 2024, creating around 500 jobs. It will follow VinES’ own 8-hectare packing and production plant, which goes into operation next month.

Incidentally, the US also has little to no LFP production facilities domestically, although Israeli company ICL Group is building an LFP cathode factory to come online in 2024, while other companies like startups FREYR Battery and American Battery Factory as well as Turkey’s Kontrolmatik are among others planning to build production capacity there.

Energy-Storage.news’ publisher Solar Media will host the 1st Energy Storage Summit Asia, 11-12 July 2023 in Singapore. The event will help give clarity on this nascent, yet quickly growing market, bringing together a community of credible independent generators, policymakers, banks, funds, off-takers and technology providers. For more information, go to the website.