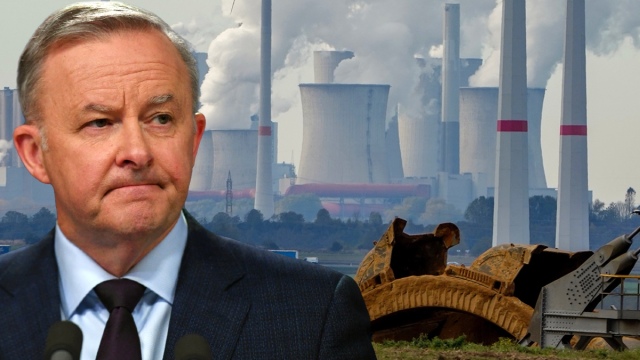 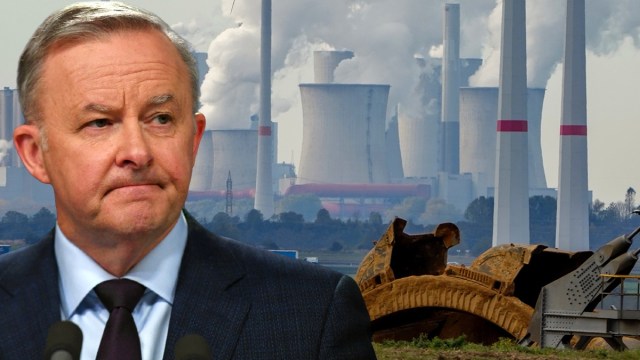 Sweeping aside divisions within caucus – and cabinet – and the threat of a broader split, never mind the threat of a well-resourced campaign from the mining lobby, Anthony Albanese has ultimately stepped in for the consumer on energy, but limited the fallout to industry.

One person familiar with national cabinet negotiations ahead of this week’s meeting said the Albanese government is urging NSW and Queensland to implement a cap on the domestic coal price of $125 a tonne.

It will put a price on gas at $13 per gigajoule.

That is all to stop a forecast bill increase during the next two years of a cumulative 50-plus per cent.

But it also comes at a time when war overseas has created perverse incentives whereby the profits of often foreign-owned companies come at the expense of Australian consumers, Treasury Secretary, Stephen Kennedy, said.

Although it has not been confirmed as existing or put officially to the national cabinet as it will be, however, NSW, Queensland and now South Australia (a gas state, not coal states like NSW and Qld) are not pleased.

They want compensation, plain and simple.

Treasurer Jim Chalmers said no decision had been made on whether to shell out for compensation, but revealed he was “prepared to be reasonable” in negotiations.

Has it been bad for industry for the Albanese government to undertake a “targeted intervention”?

They certainly claimed so, even though the Minerals Council of Australia was curiously reticent.

“Has the federal government announced a coal cap?” a spokesman said sarcastically, when asked if they were going to take the measure on the chin.

A Santos spokeswoman said on Saturday caps were “exactly the opposite of what we need right now” and would “remove the incentive to invest in more supply”.

But Tony Wood, Australia’s foremost energy expert, said only a fraction of the gas supplied in Australia would be affected, not that caught up in long-term contracts or going to the international market, namely the vast majority of locally produced gas.

“That’s a number that 12 months ago they would have leaped over (each other) to be able to get so [they] can hardly argue that it’s going to send them broke … [or] that the entire Western world is going to come to an end as we know it,” he said of the industry’s reaction.

Call to open up company books

Mr Wood did note that setting the price of a cap was tricky. He counselled the federal government to use the Australian Competition and Consumer Commission’s powers to open up company books to settle on a level of reasonable profit before the war in Ukraine and other factors sent the market haywire.

Mr Wood said that getting the price caps right was a difficult undertaking not just because some price rises predated war in Europe, but he thinks the government got the balance basically right on the current evidence.

It means that royalties for Queensland and NSW of $9 billion a year from fossil fuels will mostly be unaffected because they come from coal sold overseas and at rates that the Victorian Premier recently noted was akin to profiteering from Putin’s excesses.

“The coal industry itself has said, we’re only selling less than 10 per cent of our coal under the uncontracted market anyway, and it wouldn’t make much difference,” Mr Wood said.

“About the same goes for gas.”

The issue of windfall profits, he said, basically applied only very narrowly to the electricity generation infrastructure companies which have benefited from rising prices.

Queensland has been arguing loudest against the plan because it still owns those assets, and those profits, unlike other states.

Mr Wood says the argument rests on a morally questionable position: “The Queensland government does, and they have been, making windfall profits, and those windfall profits will be significantly reduced as a result.”

The extraordinary sight of a modern Labor government and proponents of modern Labor economics calling for a price cap reflects international circumstance.

The dislocation caused mostly by the war in Ukraine to the global energy market has seen runaway prices recently and that has compelled political parties, such as the Greens and more recently Labor to call for action.

Advocates such as Nobel prize winner Joseph Stiglitz’s super profits tax were not compatible with Labor promises at the election to not levy new taxes.

“If you’re a gas or coal producer, why would you want to sell into a domestic market at a fraction of the price you can get in the export market?” Mr Taylor said.

Mr Chalmers said the war in Ukraine and the Coalition’s “policy chaos” meant Australians were “paying a really hefty price” for energy.

2022 Citi Open Tennis Tournament: Semifinals Results, How to Watch the...